Last week I attended the Young Researchers in Life Sciences (YRLS) conference at the Institut Pasteur in Paris. For me, it was a list of many firsts: 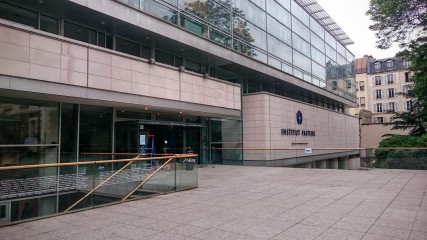 I heard about the conference through an old friend of mine, Isma, who was on the organising committee. The conference was a “for young researchers, by young researchers” and this really appealed to me. No heard of “top dogs in your field” you have to try to impress or at least not fall asleep of in front of their talks! I knew this would be a good opportunity to practice talking about my research to a scientific audience but without it being too daunting.

As my budget for travel is very low, I was completely reliant upon securing one of the travel grants for the conference which I was thankfully successful in obtaining 🙂 To make it even more affordable for international delegates, the YRLS had set up a page on the couchsurfing website to allow us to match up to a Parisian delegate who is happy to host us. I contacted a lovely girl who happened to already be good friends with Isma. This made facilitating contact between everyone very easy!

The conference itself was great. The talks were divided into different groups ranging from microbiology, genetics and develop. I spoke at the cancer biology session. I was pleased at how my talk went (all the practising definitely paid off) and I was quite overwhelmed by the number of people who approached me to tell me how good they tho
ught my talk was. This was actually really helpful as being in the small minority of delegated who was not only international but coming alone, it helped to build friendships with people.

It was also really good experience to gain insights into different fields I might also be (or not be!) interested in. My most memorable talk though has to be from the keynote speaker, Dr. Buzz Baum from UCL. He gave a talk mainly on the field of evolution of eukaryotic cell and how the organelles came to form. I might never be going into work in the field of evolution but there was one thing I will definitely take from this talk. In a slide talking about the work of Charles Darwin, we saw an extract from Darwin’s lab
book on which at the top was written “I think…” Just in case I do happen to become the next Darwin, I better be sure to write “I think” on the pages of my notes where I’m drawing up a potential hypothesis!

I absolutely loved the food provided at the conference and can’t imagine a time when I’ve ever eaten so many pastries!!! I really got into the art of eating bread and charcuterie, which was something than never made sense to me when I was introduced to it by the Spanish. 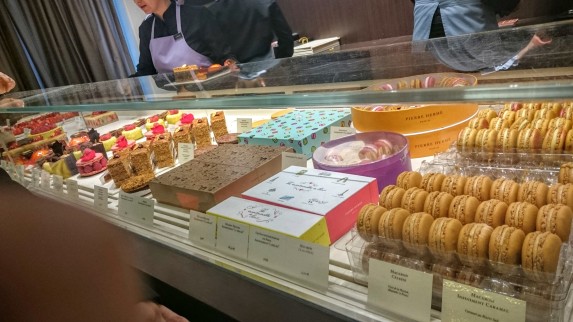 Above all, what I learnt and liked the most about my trip to Paris was that I was amazed at how great the hospitality of the people was. First and foremost, the students that hosted me were fantastic. I have never felt so at home and was surprised at how well they took care of me and would go out of their way for me. It was absolutely fantastic and wish that there be more people like that in the world. The organisers of the conference were also very good at making sure that we were ok. Of course, I would never have got to have this opportunity without the invitation from Isma who went above and beyond to make sure I had a good time. 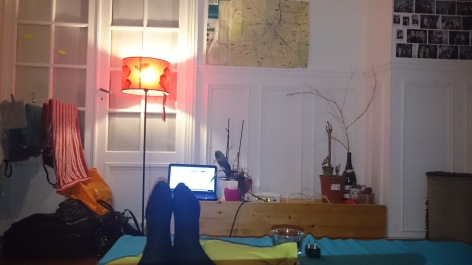 And now, since it has been officially confirmed that I have a one year extension on my PhD, the search for the next conference continues!

Looking for something in particular…

A picture paints a thousand words...